The Gospel of love
Adrian Barnea

For many years there has been talk of a gospel of peace and love! It has been cherished by many people, and today it does nothing but penetrate our hearts and transform us into people that can be pleasing to God. The Gospel of Love!

It was through the spirit of love that the gospel was brought to you, and to all those who have a knowledge of God. We are required not merely to admire those whom God has used, but also to wish that we had such men now, and to yield ourselves to be used of God as His human agents. It was His Spirit that inspired their efforts, and He can abundantly bestow upon His workers today the same courage, zeal, earnestness, and devotion. It was Jesus who gave these men grace, power, fortitude, and perseverance, and He is willing to do the same for every one who would be a true missionary.

The gospel of love had its beginning in the council of heaven.

By sin man was shut out from God. Were it not for the plan of redemption, eternal separation from God-—the darkness of unending night—would have been the fate of the entire human race.

The angels prostrated themselves before the Majesty of Heaven. They offered their lives. Jesus told them that He would by His death save many, that the life of an angel could not pay the debt. His life alone could be accepted of His Father as a ransom for the fallen race. Jesus also told them that they would have a part to act, to be with Him and at different times strengthen Him; that He would take man’s fallen nature, and His strength would not be even equal with theirs; that they would be witnesses of His humiliation and great sufferings; and that as they would witness His sufferings and the hatred of men toward Him, they would be stirred with the deepest emotion, and through their love for Him would wish to rescue and deliver Him from His murderers; but that they must not interfere to prevent anything they should behold; and that they should act a part at His resurrection; that the plan of salvation was devised, and His Father had accepted the plan.

Then joy, inexpressible joy, filled heaven. And the heavenly host sang a song of praise and adoration. They touched their harps and sang a note higher than before, in appreciation of the great mercy and condescension of God in yielding up His dearly Beloved to die for a race of rebels. Praise and adoration were poured forth for the self-denial and sacrifice of Jesus—that He would consent to leave the bosom of His Father and choose a life of suffering and anguish, and die an ignominious death to give life to others.(Patriarchs and Prophets, pp. 64, 65.)

The Example of Jesus Christ among men

My dear ones, I would like to look to Jesus Christ in human nature coming into this world to carry on the love of the gospel. Let’s look into His eyes full of peace and dedication. He gave up His own comfort to fulfill a plan He had made with His Father! The gospel of love transmitted to humanity by its own example from the cross on the hill of Golgotha. If we really want to talk about this gospel, all we have to do is open this gospel.

The Bible describes the practical gospel of Jesus as shown in Scripture: “All we like sheep have gone astray; we have turned every one to his own way; and the Lord hath laid on him the iniquity of us all” (Isaiah 53:6).

The night before His crucifixion, in the retreat of Gethsemane, Jesus “fell prostrate, overcome by the horror of a great darkness. The humanity of the Son of God trembled in that trying hour. He prayed not now for His disciples that their faith might not fail, but for His own tempted, agonized soul. The awful moment had come—that moment which was to decide the destiny of the world. The fate of humanity trembled in the balance. Christ might even now refuse to drink the cup apportioned to guilty man. It was not yet too late. He might wipe the bloody sweat from His brow, and leave man to perish in his iniquity. He might say, Let the transgressor receive the penalty of his sin, and I will go back to My Father. Will the Son of God drink the bitter cup of humiliation and agony? Will the innocent suffer the consequences of the curse of sin, to save the guilty? The words fall tremblingly from the pale lips of Jesus, ‘O My Father, if this cup may not pass away from Me, except I drink it, Thy will be done.’ ”—The Desire of Ages, p. 690.

This is Jesus Christ. In His human nature, He went through various problems, helplessness and discouragement! Through all this ordeal, He asks God in a troubled voice that in all things the will of the Father be done. We could talk a lot about this gospel lived out in practical life! But we should also look a little at the life of the disciples to understand how the gospel of love could transform the lives of the disciples. Let’s look at Peter, yes the apostle Peter! A disciple who is ready to walk with Jesus to the death, puts his hand on the sword, takes it out of its scabbard and cuts off the ear of the high priest’s servant, a Peter who is ready to fight for Christ! We could say: Wow, this is a powerful gospel! No! This is not the gospel of love! Peter understood it later, in the outer courtyard when he looked Jesus Christ in the eye and could see only love and forgiveness. Yes, there in the outer courtyard when he renounced the beloved Jesus for whom he was ready to go to death. He later ran into the garden, where he was supposed to have prayed a few hours ago . . . now he ran there and cried bitterly. This is the gospel of love.

Not I, but Christ!

The apostle Paul explains the secret of victorious Christian life: “I am crucified with Christ: nevertheless I live; yet not I, but Christ liveth in me: and the life which I now live in the flesh I live by the faith of the Son of God, who loved me, and gave himself for me” (Galatians 2:20).

Paul realized that his sufficiency was not in himself, but in the presence of the Holy Spirit, whose gracious influence filled his heart, bringing every thought into subjection to Christ. He spoke of himself as “always bearing about in the body the dying of the Lord Jesus, that the life also of Jesus might be made manifest in our body” (2 Corinthians 4:10). In the apostle’s teachings Christ was the central figure. “I live,” he declared, “yet not I, but Christ liveth in me” (Galatians 2:20).

Self was hidden; Christ was revealed and exalted. All who profess faith in the name of Christ should work for Him with heart and mind and soul and strength; and they will work if they believe the great gospel of truth. The heartiness of their zeal for Christ’s sake will testify to the measure of their faith. Self will be swallowed in Christ if they are truly united with Him. “I live,” said the great apostle, “yet not I, but Christ liveth in me: and the life which I now live in the flesh I live by the faith of the Son of God, who loved me, and gave himself for me.”

The messenger of the Lord tells us: “The light given over and over again by the Spirit of God is, Do not colonize. Enter the large cities, and create an interest among the high and the low. Make it your work to preach the gospel to the poor, but do not stop there. Seek to reach the higher classes also. Study your location with a view to letting your light shine forth to others. This work should have been done long since. Do not make the Sabbath question your first specialty. You must reach the people with practical subjects, upon which all can agree.”—Testimonies to Ministers, p. 400.

We would do well to study carefully the first and second chapters of 1 Corinthians. “We preach Christ crucified,” the apostle declared, “unto the Jews a stumbling block, and unto the Greeks foolishness; but unto them which are called, both Jews and Greeks, Christ the power of God, and the wisdom of God. Because the foolishness of God is wiser than men; and the weakness of God is stronger than men. For ye see your calling, brethren, how that not many wise men after the flesh, not many mighty, not many noble, are called: but God hath chosen the foolish things of the world to confound the wise; and God hath chosen the weak things of the world to confound the things which are mighty; and base things of the world, and things which are despised, hath God chosen, yea, and things which are not, to bring to nought things that are: that no flesh should glory in his presence. But of him are ye in Christ Jesus, who of God is made unto us wisdom, and righteousness, and sanctification, and redemption: that, according as it is written, He that glorieth, let him glory in the Lord” (1 Corinthians 1:23–31). The human being who undertakes to become wisdom for another will find himself coming short.

The practical gospel of love

“If we represent the character of Christ, every particle of selfishness must be expelled from the soul. In carrying forward the work He gave to our hands, it will be necessary for us to give every jot and tittle of our means that we can spare. Poverty and distress in families will come to our knowledge, and afflicted and suffering ones will have to be relieved. We know very little of the human suffering that exists everywhere about us; but as we have opportunity, we should be ready to render immediate assistance to those who are under a severe pressure.”—The Adventist Home, p. 370.

The practical gospel of love, in addition to the care we give to the poor, should also be the care of the poor in spirit. Let us offer words of encouragement, let us talk about the crucified Jesus Christ, and about the hope of forgiveness and the renewal of life in Christ! Love will never condemn, but will treat, care for, heal and transform!

My prayer is for this love to embrace each of us. And when we are tempted to compare ourselves with others, let’s just look to the cross at Golgotha! This is our gospel.

May God bless you! 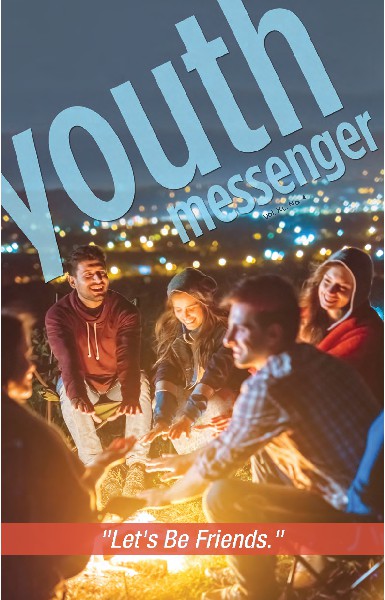