Getting Married or Staying Single?

Marius-Daniel Stroia
January 3, 2017
A major decision with tremendous consequences for time and eternity. 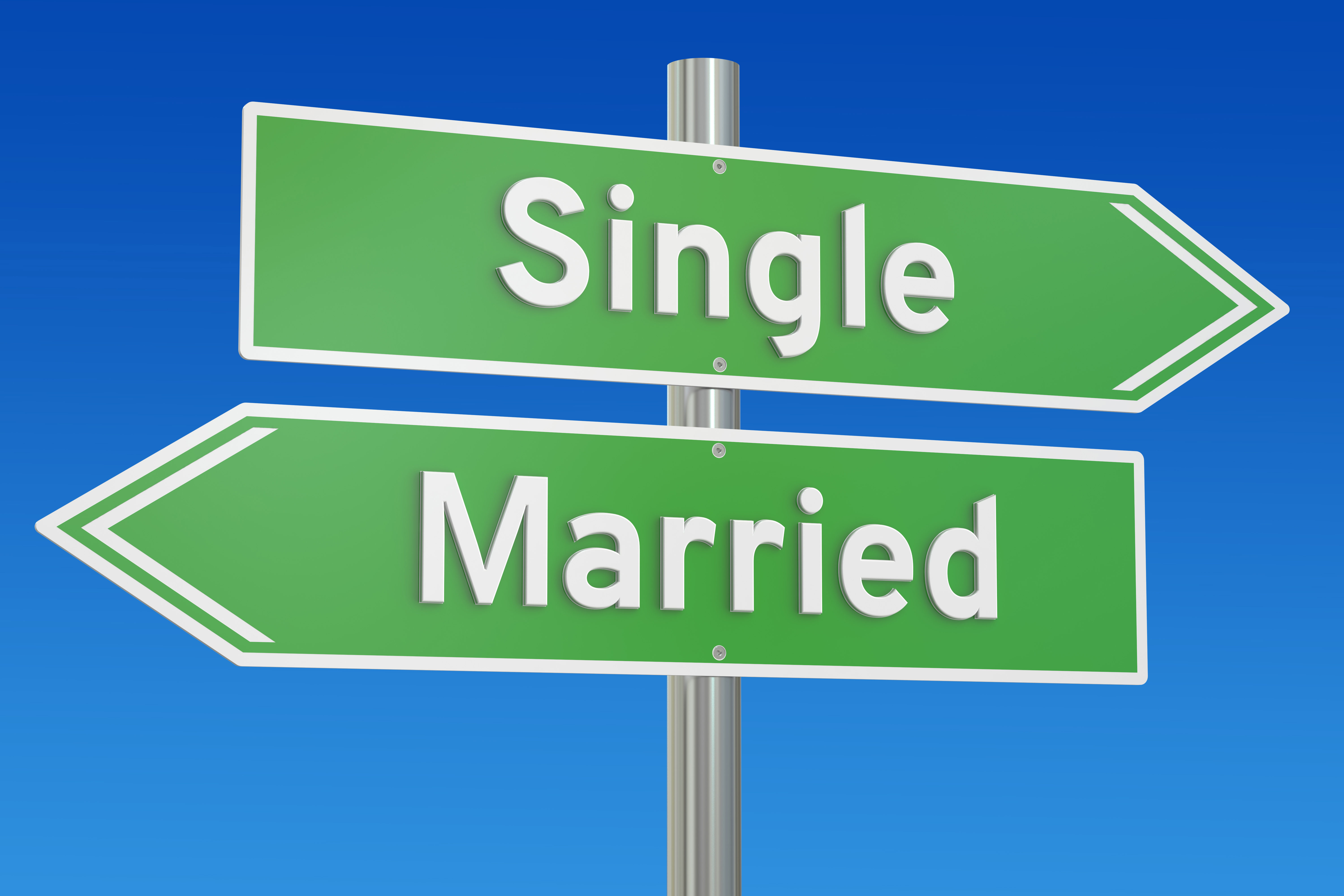 We live in a continuously changing world. Science, technology, and politics are not the only factors responsible for the change. Society has changed as well. Long established values and worldviews that used to be upheld and advocated for centuries are now not only questioned but largely discarded and even despised and replaced. Such developments are linked with the idea of progress – but progress may not always be the result.

It is true that not everything old must be good – just as it is true that not every new development must constitute progress; and for this reason, we should analyze each case. This is by no means an easy task since it takes wisdom and insight to distinguish between the good and the bad in a world where these very notions are also being questioned and everything is presented as a matter of individual choice.

With all of these seemingly fluid ideals, we might not be enthusiastic about becoming the object of social experiments and bearing the consequences for the rest of our lives. Instead, we would rather be properly informed and make decisions based on solid information.

Now, where can this information be found? We can distinguish between two main sources: the secular and the religious. A major flaw in information from secular sources is that it keeps changing across the centuries – values which used to be highly cherished at one time are discarded at another. Another drawback of these sources is that they are not harmonized with one another, and often offer contradicting information on the same topic, which only increases the already existing confusion. And finally, the third major disadvantage of the information coming from these sources is that no one takes responsibility for the outcome. Everybody is free to try but also liable to suffer the consequences of following such advice.

Within the category of religious sources, we may also differentiate between Christian and non-Christian sources. Let us focus on the first category. Christian information sources rely heavily on the Bible – the fundamental book of Christianity, claiming to be not of human but of Divine origin.

To rely upon the Bible as a trustworthy information source implies the belief in the existence of a Supreme Authority – God, the Creator – who called everything into existence and Who also knows the optimal living conditions and social environment for His creatures. It also implies the acknowledgment of the fact that He reveals His plan for mankind through the Bible, whose text was inspired by his Holy Spirit.

The fulfilled prophecies of the Bible, its statements which science confirmed many centuries later, its deep wisdom and topical coherence, as well as its miraculous survival through centuries of fierce persecution, speak convincingly about its divine origin and its trustworthiness as a reliable guide for life conduct.

Among the advantages of relying on such an information source is that the information it provides hasn’t changed throughout the ages but has stood the test of time. It has proven successful for many generations, and God Himself takes responsibility for the success of His “life recipe”, so you don't have to apply it "at your own risk".

Therefore, when addressing the optimal social environment for man's development, we will rely on the Bible as the main authoritative information source, trusting that the Creator knows best in what environment man ought to live to thrive in his physical, intellectual, and moral development.

As for current changing social patterns, the following developments of recent years are examples:

1. Due to an extensive desire to study and get a better job, many are busy making a career and no longer marry at a young age. After finishing their studies, young people are busy with internships, training etc. and don’t necessarily enjoy the financial stability that would allow them to get happily married. Debts acquired to cover the expense of their studies do not help, either.

2. However, the interest for extensive study doesn’t cancel or alleviate the natural desire for partnership, nor sexual drive. This is one of the main reasons why individuals get into (often short-term) relationships, while not being ready to assume the responsibilities of married life. In other words, they would like to enjoy all the benefits of marriage without assuming its responsibilities. The consequences of such behavior are most often broken hearts following broken relationships, anguished souls, and a feeling of worthlessness after being dumped by the relationship partner, a feeling of disappointment as if having used and subsequently thrown away. Such feelings grow deeper after each failed relationship, leaving one distressed and more susceptible to lowering their standards, accepting whatever relationships they can get, which will often be responsible for even greater trouble in the future. Abortions with their enduring feeling of guilt, unplanned babies, sexual diseases, and mental illnesses can also be the consequences of such type of behavior.

3. Another trend which has become widespread lately is to dissociate sex and marriage. If in previous times engaging in sexual relationships before marriage was unusual and regarded as immoral, today it is the rule, rather than the exception to it. Oftentimes it is dissociated from any emotions or moral considerations, being dealt with as a relaxing technique, quite like drinking a glass of juice or a cup of coffee or eating a piece of cake. By such means, various behavioral patterns have emerged, such as blind dates, one-night-stands etc. which advocate the same principle of getting involved with people you are not emotionally attached to, just for the sake of “fun” and of freedom from any kind of commitment, which normally accompanied such situations.

4. Finally, there is an increasing pressure manifested upon society to accept same-sex relationships as lawful and to recognize and grant them the same rights as in the traditional family. Interestingly, these couples are often more interested in getting married than heterosexual couples are. Such developments are not only due to the so-called sexual education promoted in schools, which advocates that every kind of sexual behavior is ok if based on mutual consent and prevention methods have been taken to avoid pregnancy and sexually transmitted diseases. They are also due to a change in the overall understanding of the relationship concept and the attitude of society toward moral issues. This ideological change is reflected in a behavioral change of society as well.

Considering the above-mentioned facts, the big question is if the marriage institution has become obsolete in the 21st century? Are people being happier and at more liberty without it? Is there still any reason for getting married at all?

In trying to find an answer to this question, we may open the Bible and read the Creation report, where the following facts emerge:

1. It is not good for man to be alone (Genesis 2:18), i.e. man was created as a social being, and the best society appropriate for him was to be the family.

2. After living alone for a short while, man was relieved to receive a “help meet” for him: “Then the man said, "This, at last, is bone of my bones and flesh of my flesh; she shall be called Woman because she was taken out of Man." Gen 2:23

3. God created man and woman differently, as male and female (Genesis 1:27), but in such a way as to be complementary to one another and to form together a harmonious whole.

4. Gender is not a matter of choice, but it is God-given and needs to be accepted and enjoyed as such.

6. Creation, including marriage, was perfect in this configuration (Genesis 1:31) and any endeavor to improve God’s perfect plan would only result in damaging it.

7. Marriage includes only two partners, the concept of multiple partners (polygamy) not being part of God’s perfect plan of Creation.

8. The Bible describes marriage as a lasting cleaving of the two to one another for the rest of their lives and makes no provision for people living as single while having occasional sex “just for fun” or as some kind of relaxing technique with one or several partners.

9. Any other schemes different than the mutually consented union between a man and a woman cannot be called marriage or regarded as such, but is a mere alteration and perversion of God’s perfect plan.

10. In Biblical view, marriage involves not only wonderful privileges but also mutual responsibilities in terms of love, respect, care and support, for which man is held accountable before God.

So what really is marriage? What are its real benefits? More on this in the second part of this article coming soon. 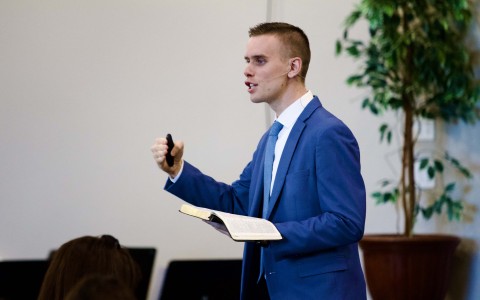 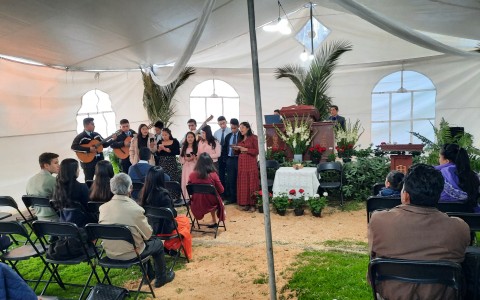 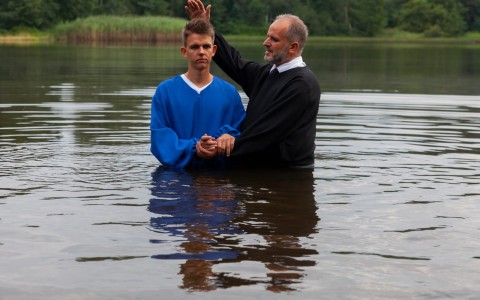 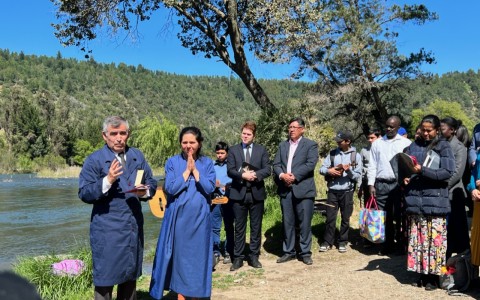 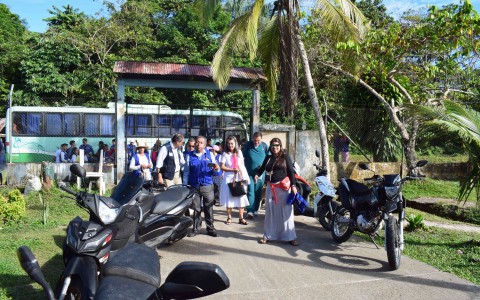 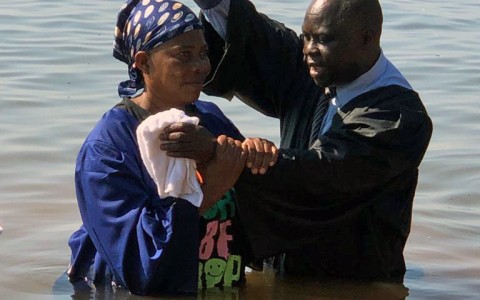