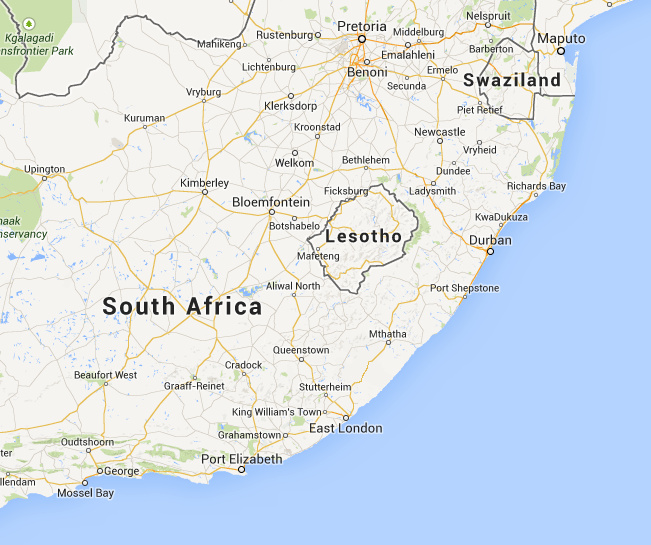 “The missionary work in Australia and New Zealand is yet in its infancy; but the same work must be accomplished in Australia, New Zealand, in Africa, India, China, and the islands of the sea, as has been accomplished in the home field. Under the appropriate symbol of an angel flying through the midst of heaven is represented the work of the people of God. In this work heavenly intelligences cooperate with human agencies in extending the last message to the inhabitants of the world.”–Fundamentals of Christian Education, pp. 208, 209.

These words of inspiration from Ellen G. White were penned by the servant of God over 100 years ago. As reformers, our high calling involves the spreading of the last message of hope to regions beyond and to countries not yet reached by our message.

Lesotho, as a country, has been in existence for over 100 years; however, the message of reformation formally reached that country in 2010, when a few young people from South Africa (some as young as 7 years old) decided to go to Lesotho to introduce the message of reformation. This was in line with the biddings of our Lord Jesus Christ found in Matthew 28:19, 20:  “Go ye therefore, and teach all nations, baptizing them in the name of the Father, and of the Son, and of the Holy Ghost: Teaching them to observe all things whatsoever I have commanded you: and, lo, I am with you always, even unto the end of the world. Amen.”

2. Background information about Lesotho as a country

Lesotho is a mountainous country about 30,000 km2. The population is estimated to be at 1.8 million. 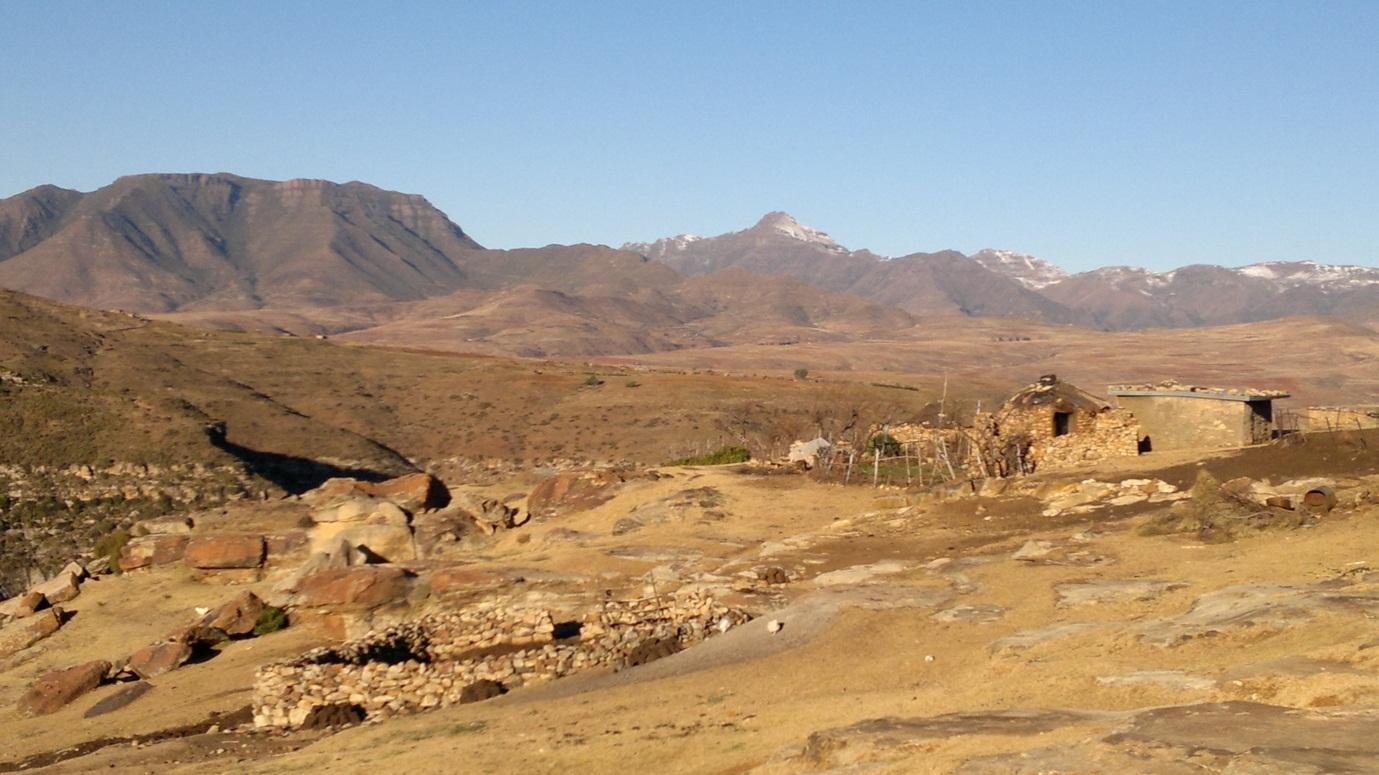 Malealea Village in one of the mountains in Lesotho

According to the World Food Program in Lesotho: 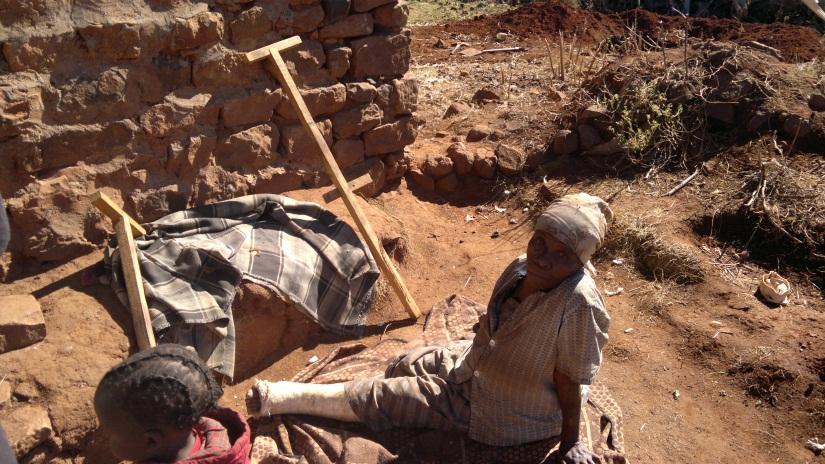 Shocking levels of poverty in Lesotho

Due to its terrain, most parts of Lesotho, especially rural villages, can be properly accessed only by a 4-wheel-drive vehicle. Some parts, however, can be accessed only by foot or horseback. In winter, some parts of the country are not accessible at all by car due to heavy snowfall. 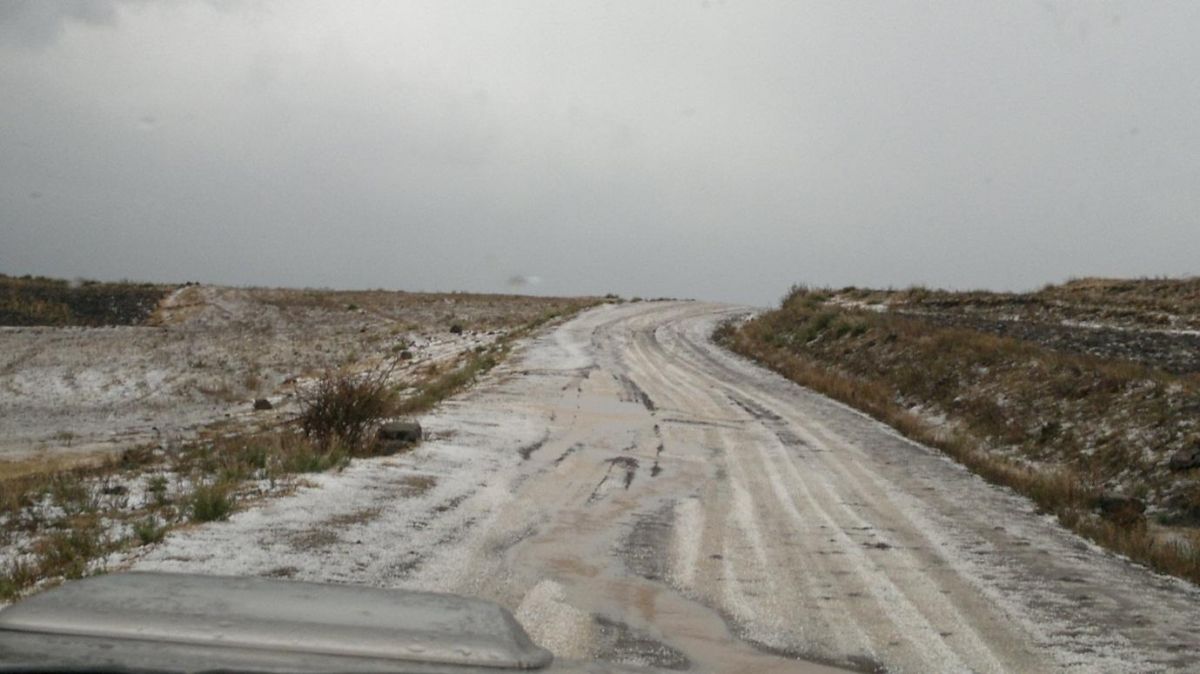 The winter season in Lesotho 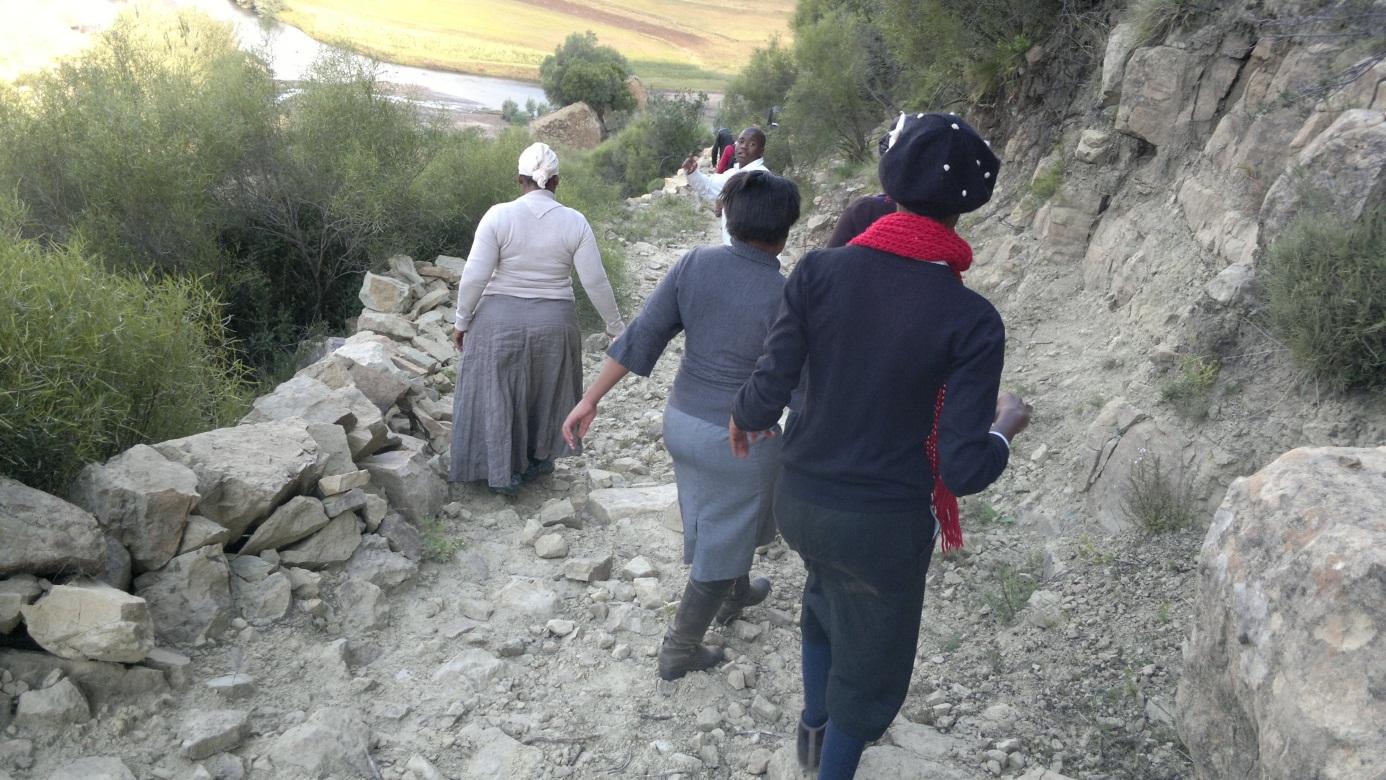 A walk to a village to do missionary work in Lesotho

The country has a high rate of rainfall with large rivers and dams. Some parts of South Africa depend on Lesotho for their water supply. 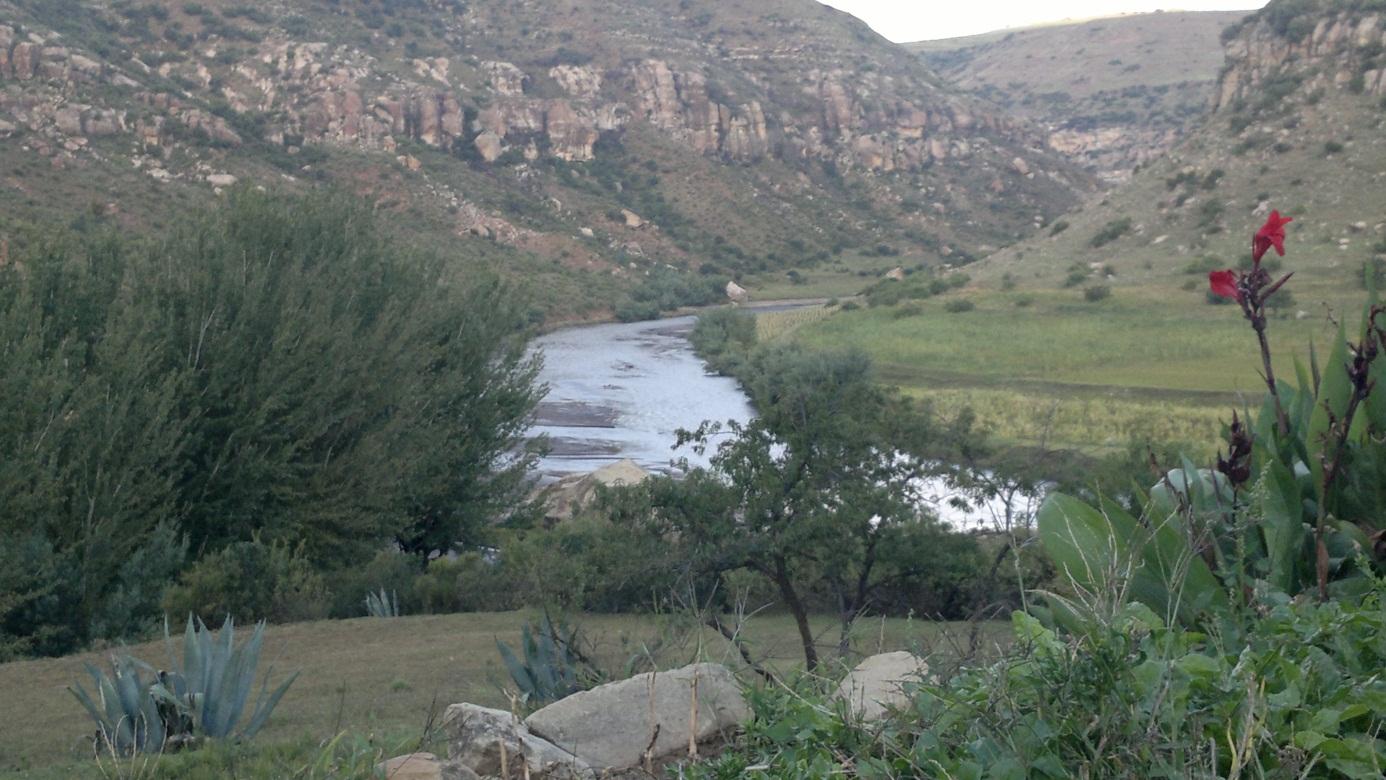 One of the rivers in Lesotho

The majority of people in rural villages (more than 90% of the population lives in villages) depend on farming for subsistence. However, due to the terrain, farming is very difficult and because of poverty, very few people have proper agricultural equipment for farming. Over and above crop farming, most households keep goats and sheep for a livelihood. 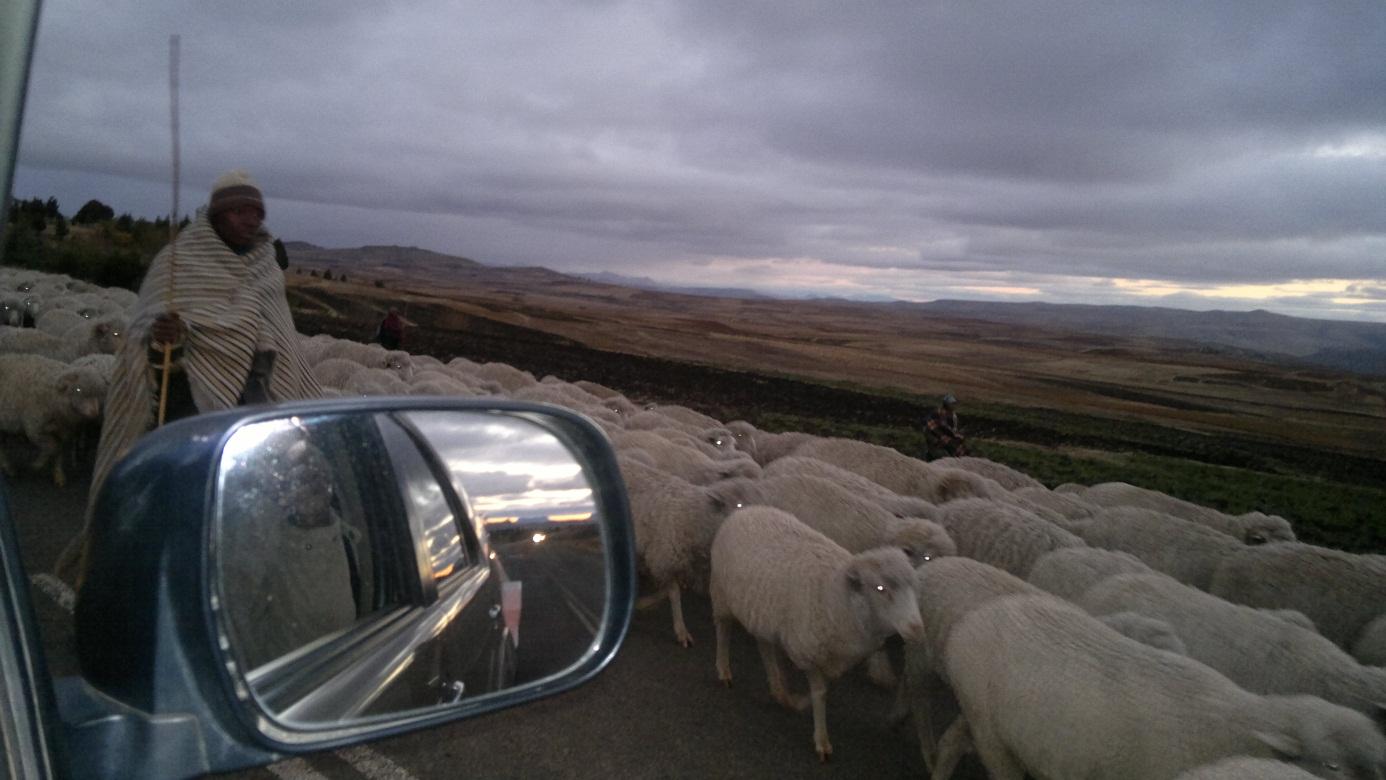 A sheep farmer in Lesotho

3. Language
Official languages for Lesotho are Sesotho and English. Most of the people are fluent in English and can read and write. The majority of them, however, have not completed high school due to poverty. There are other languages spoken in Lesotho, mostly South African dialects.

Over 80% of people in Lesotho have some connection with the Roman Catholic Church, and the church is well established in that country. The Catholic Church operates a number of programs to relieve the level of poverty there. Due to its influence, their church has also a town named after itself, Roma (abbreviation for Roman Catholic in Sesotho). In 1945 the Catholic Church established in Roma the only university in Lesotho. They have many large churches spread across the nation. There are other diverse religious groups represented in Lesotho, including the Seventh-day Adventist Church.

Lesotho is a free country with few restrictive laws. People are free to practice their religion according to their conviction with no or little interference from the government. Catholics have established clinics and schools in Lesotho and hence they are very popular and influential with the citizens and with the government.

6. The message of reformation in Lesotho

As indicated in the introduction of this report, though Lesotho has been in existence for a long time and has serious ties with South Africa, the message of reformation formally reached that country only in 2010 when a few young people—mainly teenagers from South Africa— decided to visit the country with the sole purpose of starting missionary work. Some of the young people who started the work there were as young as 7 years of age.

Their first trip to Lesotho was the most difficult experience of their lives; they had to travel for over 18 hours to a village called Malealea. It was winter, snowing, and with temperatures below zero. These young people had no place to sleep on their first night, but had to camp outside at a police station. 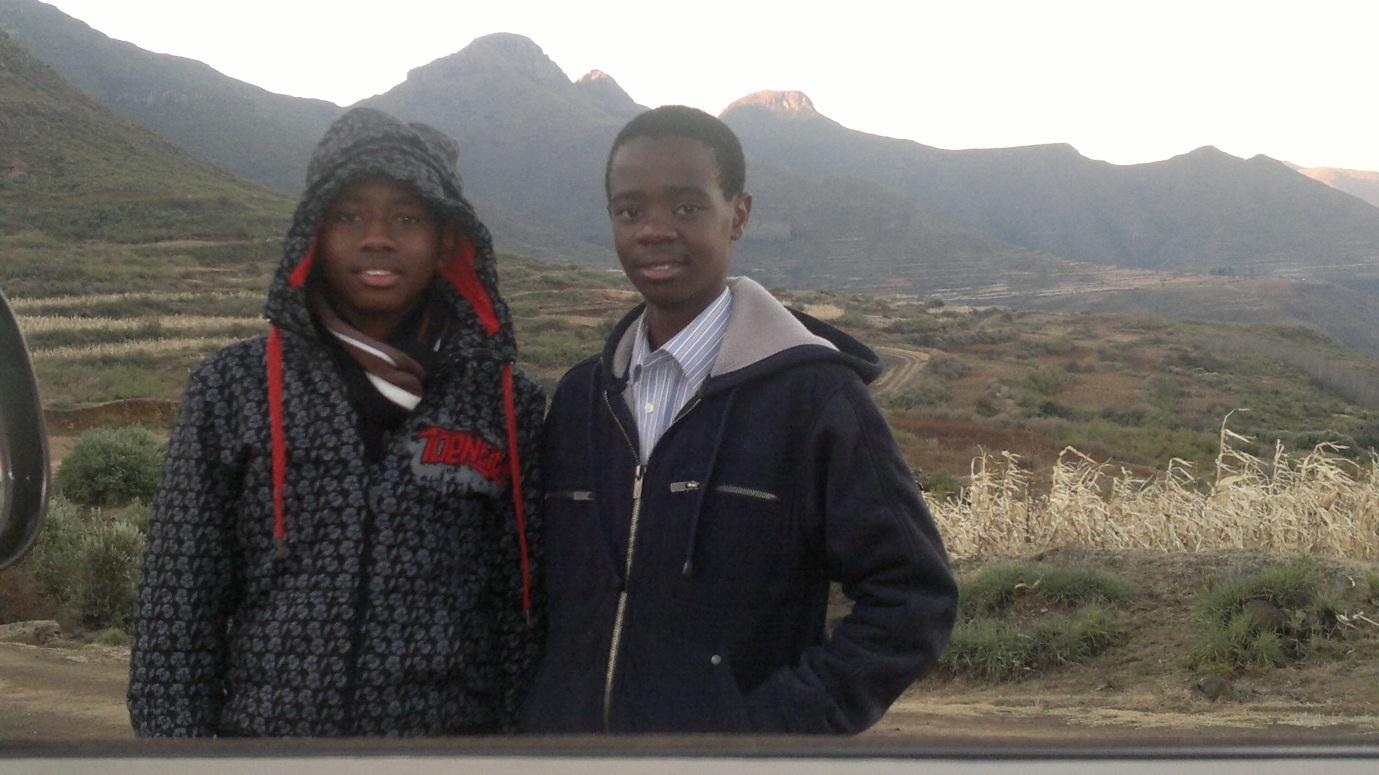 Some of the pioneers of reformation in Lesotho

By God’s grace, the efforts of the young missionaries yielded some good results. With the help of the SAFC, follow-ups were made to Lesotho and church members began donating items, especially clothing, for the welfare work in Lesotho. 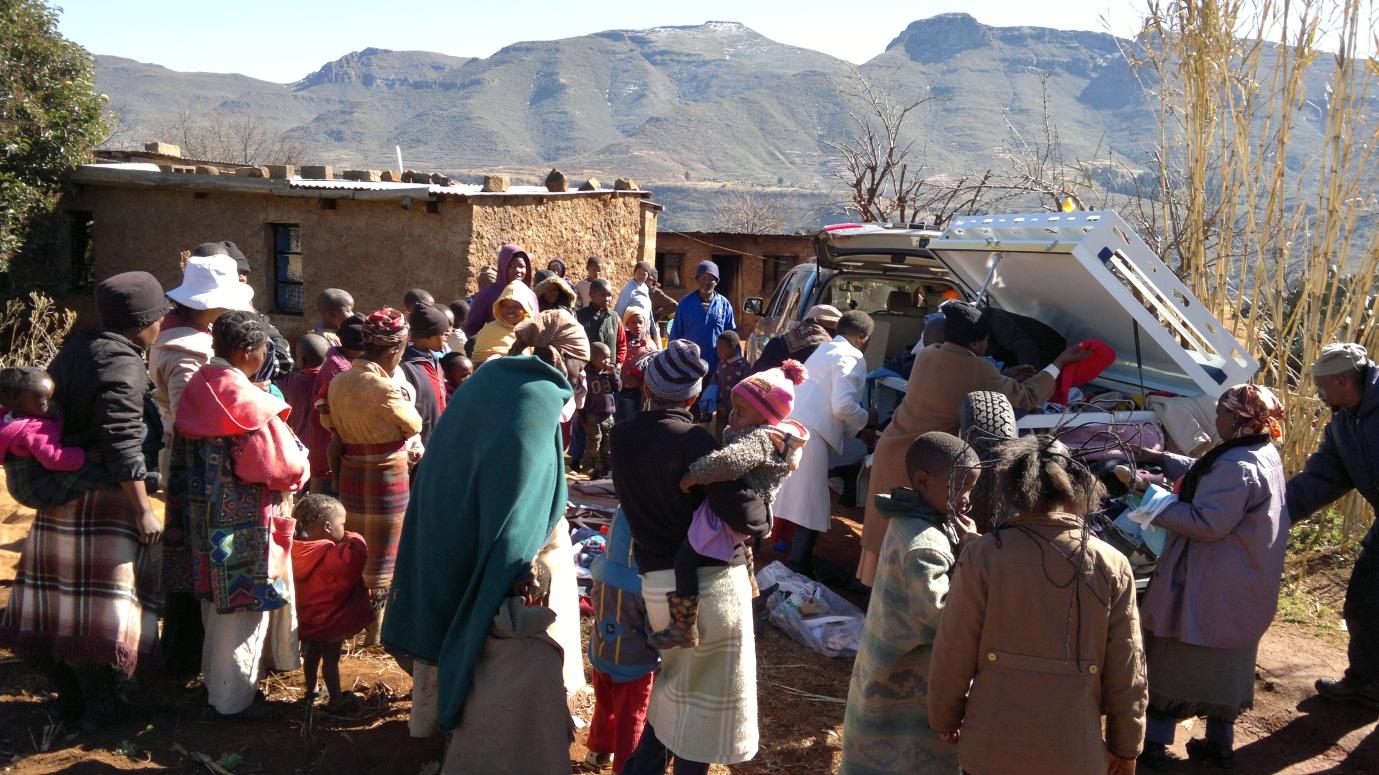 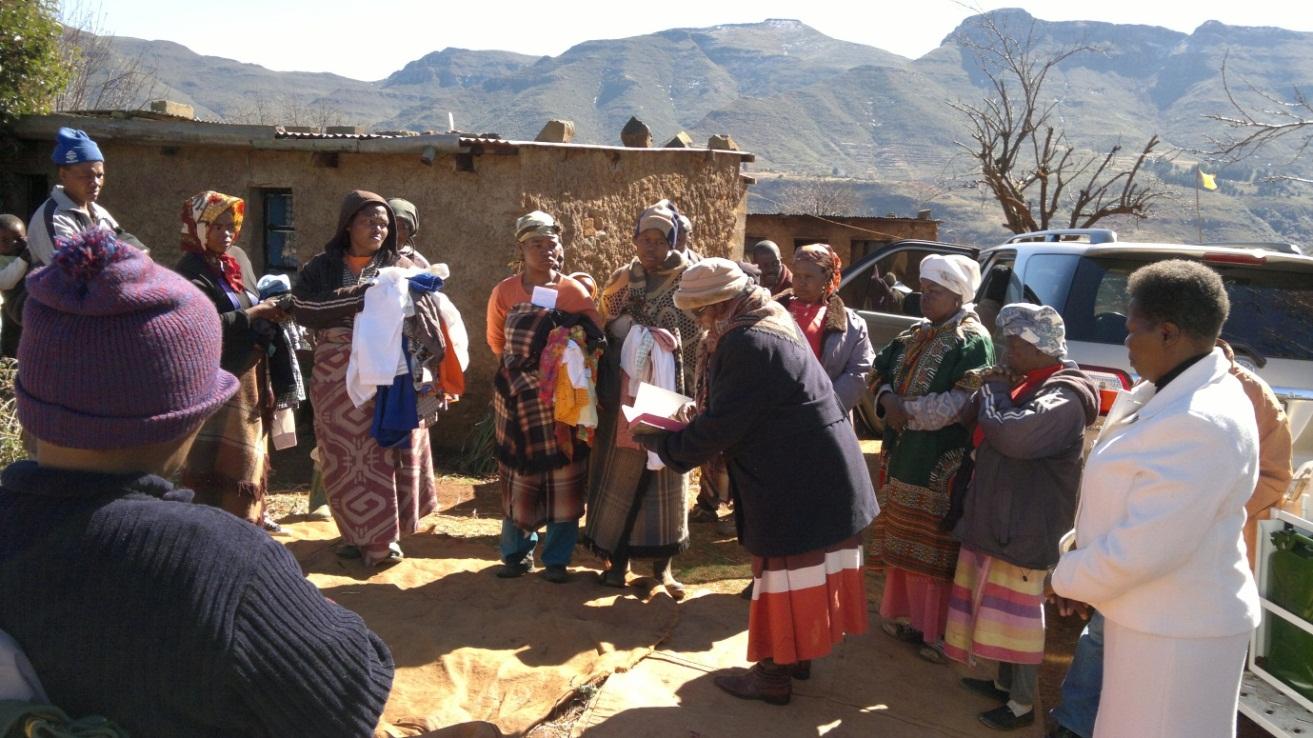 A prayer meeting in Lesotho

By God’s grace, doors are opening to the message of reformation, and it has even reached the Prime Minister of Lesotho. Sabbath school classes are being conducted, and the SAFC is translating and distributing Sabbath Bible Lessons in the local language (Sotho) to a number of interested people in Lesotho.

A local chief has donated a small piece of land for the construction of the house of worship and there are efforts to raise funds to start construction. Due to the levels of poverty in that country, the process of raising funds is very slow. 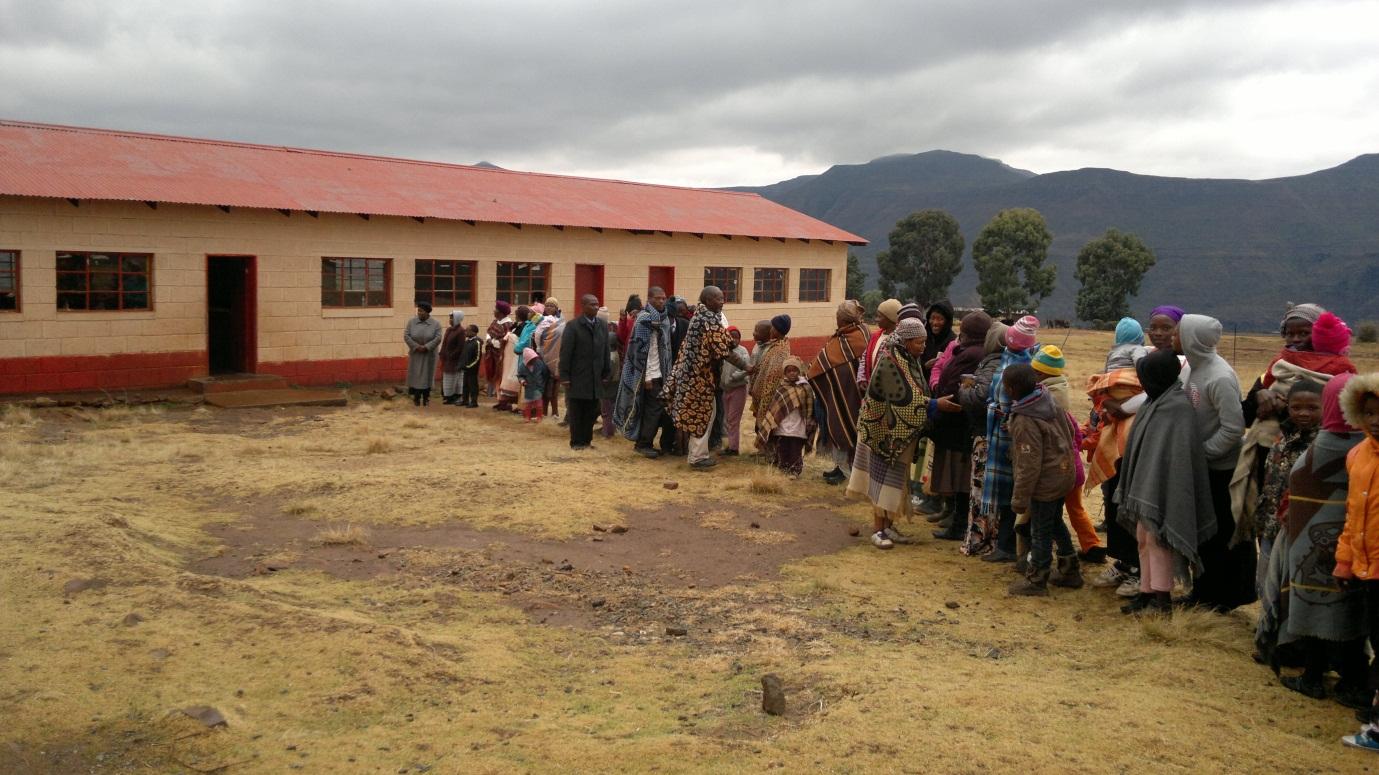 Greetings after the divine service in Lesotho


8. Lesotho 2014 Project
The new work in Lesotho was first formally introduced to a few brethren of the General Conference during the 21st General Conference Session in Sibiu, Romania, in 2011. The missionary efforts in Lesotho have since been included in the Agenda for the GC Council meetings.

There are also plans to make serious missionary efforts in Lesotho in 2014 by mobilizing young people from all over the world to go there and try to reach as many households as possible with the message of reformation. The SAFC will receive assistance from the General Conference to realize this goal.

The work has just started in Lesotho, and many new souls need help to further understand our message and to prepare for baptism. Though South Africa currently is helping the missionary efforts in Lesotho, unless full-time Bible workers are sent to that country, it will be very difficult to sustain the work already started there. Part-time Bible workers can do the work to some extent, but they cannot replace the urgent need of allocating full-time workers for the country. The work is huge and the laborers are few. Unless something is urgently done in this regard, it will be difficult to sustain the work already begun is this promising new area.

b) ​Medical-missionary work
With the mortality rate of 117 per 1000 live births and a life expectancy at birth of 41.2 years, it is very clear that there is a need of doing urgent medical missionary work in Lesotho. Many people live in poor conditions, they are troubled by various kinds of diseases, and they do not have proper access to medical facilities. The country needs medical-missionary workers to teach basic health principles, to impart knowledge on how to avoid disease and also to teach people about the use of natural remedies for treating disease. Therefore we want to mobilize health workers and young people from all over the world to come to Lesotho in 2014 and help establish a temporary clinic and build a house of worship there on the land donated by the local chief.

c)​ Welfare ministry
With 57% of the population living on less than US$ 1.25 per day, 43.2% of people living below the National Poverty Level, the GDP per capita being US$1.214, and the Global Acute Malnutrition Rate of 39%, as well as 20% of households described as having a chronic lack of food, it is clear that Lesotho is a country in crisis. Many people are poor and small children who are supposed to be at school are forced to do hard labor to obtain food. There are 222,000 orphans. All these things highlight the need of welfare work in Lesotho. Most people work very hard, but because of the terrain, poverty, and lack of skills, it is difficult for many households to grow their own food. Besides the need for welfare work, Lesotho also needs experienced people in the field of agriculture to help households by advising them on how to raise their own vegetables, taking into consideration the environment in that country. Lesotho is blessed with water; everybody has unlimited access to clean water—free of charge. This opens some opportunity for small scale farming as a way of fighting poverty.

“What can give you greater joy than to see children and youth following Christ, the great Shepherd, who calls, and the sheep and lambs hear His voice and follow Him? What can spread more sunshine through the soul of the interested, devoted worker than to know that his persevering, patient labor is not in vain in the Lord?”—Christian Education, p. 156.

As we pray for the success of work in Lesotho let us remember these words from the book of John:  “Greater love hath no man than this, that a man lay down his life for his friends” (John 15:13). 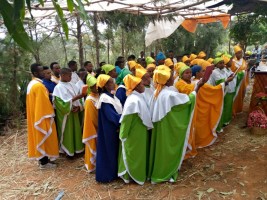 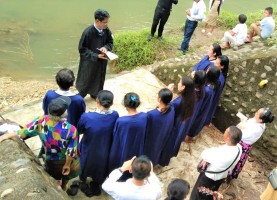 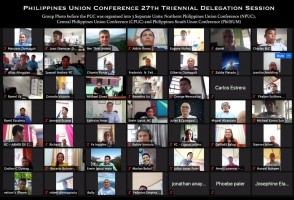 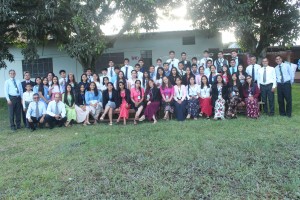 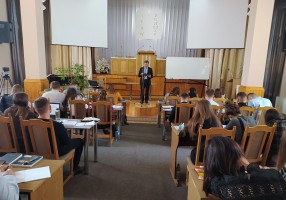 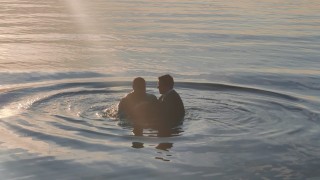