Lessons from Jesus’ Childhood: The Importance of Home Education

Larissa Tenorio Gessner
January 29, 2018
The Son of God was born on earth with no evil inclinations. He was also born as any other child: in need of instruction and education in both worldly and spiritual matters. 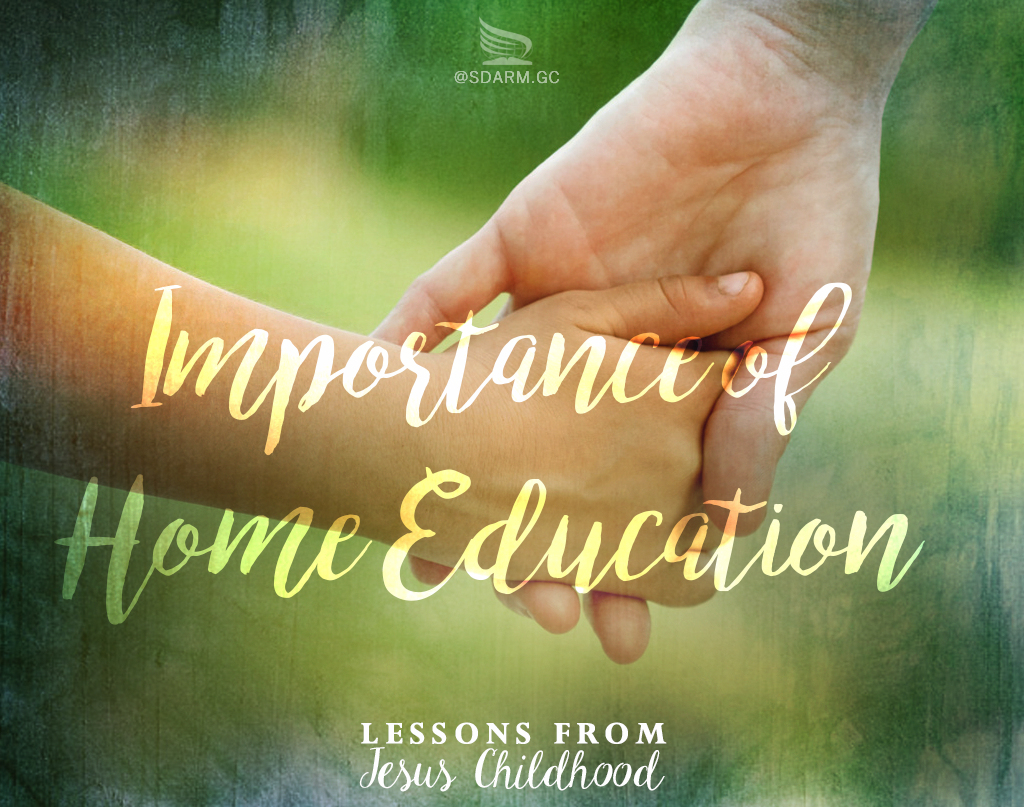 The Son of God was born on earth with no evil inclinations. He was also born as any other child: in need of instruction and education in both worldly and spiritual matters.

The educational environment in Jesus’ time was somewhat like today’s educational context.

“In the days of Christ the Jews gave much care to the education of their children. Their schools were connected with the synagogues, or places of worship, and the teachers were called rabbis, men who were supposed to be very learned. Jesus did not go to these schools, for they taught many things that were not true. Instead of God's Word, the sayings of men were studied, and often these were contrary to that which God had taught through His prophets,” (The Story of Jesus, p. 30).

Education is still held in high esteem in the 21st Century, as it should be. And what was said of the Jewish schools in Christ’s time, can also be said of schools today: “they [teach] many things that [are] not true. Instead of God's Word, the sayings of men [are] studied, and often these [are] contrary to that which God [has] taught through His prophets.”

If our youth have no other option but to enter these schools, they must be prepared and have a firm foundation on the teachings of Christ in order to be a light in the world instead of assimilating to it. Forming this foundation is the responsibility of home education.

Jesus did not go to the Jewish schools, yet He received the highest education possible as His curriculum was straight from His heavenly Father.

“God Himself by His Holy Spirit instructed Mary how to bring up His Son. Mary taught Jesus from the Holy Scriptures, and He learned to read and study them for Himself,” (Ibid.).

This education in the Scriptures, combined with time spent in nature, practical applications, and time to understand and reason comprised Jesus’ education. The results? A living faith that contrasted to the cold formality of the time and a knowledge that surprised and surpassed that of the leading rabbis.

“The rabbis knew that Jesus had not been instructed in their schools; yet His understanding of the prophecies far exceeded theirs. In this thoughtful Galilean boy they discerned great promise. They desired to gain Him as a student, that He might become a teacher in Israel. They wanted to have charge of His education, feeling that a mind so original must be brought under their molding,” (The Desire of Ages, p. 80 [emphasis added]).

Oh, how the world is in need of original minds! Minds that will question and discover. What better education than one that will produce thinking minds instead of passive ones?

The study of the Scriptures will only aid the understanding of every subject of study. The future doctor can only gain in studying the life of the Great Physician. The future lawyer and judge will learn from Him Who is Advocate and Judge. Students of human relations and psychology will have an advantage over their peers when they learn from the Master Relater, as will the public speaker who studies the words of He who held multitudes captive with His speech. The student of astronomy, physics, and biology will heighten their powers of observation when studying the complex works of the Creator. So with every subject, the life of Jesus and His word will allow for better understanding and growth in wisdom.

THE ROLE OF PARENTS

While the education Jesus received was unique, it is not impossible or unavailable for today’s children. Our children may also have an education based on a divine curriculum.

God has a special care with parents who are earnestly working for the salvation and well-being of their children. He has provided resources and counsel to all who seek it and is yearning to help and guide. Pray to Him.

It may be that education solely at home is out of reach for some families. Nevertheless, education in the Scriptures should under no circumstances be neglected. The greatest responsibility is on the parents—not teachers, pastors, youth workers—to instruct the children in the Word of God and to set them on the track for a relationship with Christ.

“You roll vast responsibilities upon the preacher and hold him accountable for the souls of your children; but you do not sense your own responsibility as parents…The burden rests with the parents; and will they take up the work that God has entrusted to them, and with fidelity perform it?” (Testimonies, vol. 5, p. 494).

May God help us