The Beatitudes - The Meek

Gerson Robles
August 15, 2017
"Blessed are the meek: for they shall inherit the earth," Matthew 5:5. What does meekness look like in our lives today? 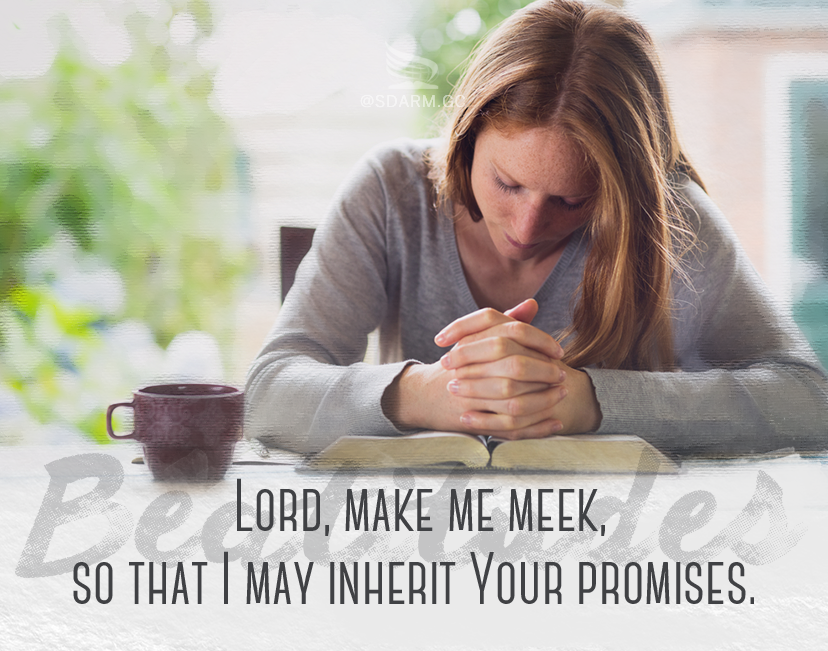 "Blessed are the meek: for they shall inherit the earth," Matthew 5:5.

A plant born upon the ashes of the ego; it quietly grows upon the grave of pride and selfishness, and its bloom ardently feeds off the sunlight of God's countenance - this is meekness. Reading words similar to these struck a chord.

There is a natural progression in Christ's Beatitudes as He mentioned meekness. Notice:

1. If you are poor in spirit you will realize your spiritual bankruptcy. In yourself, you will see nothing in which to glory. Your ego, which you once felt was your strength, is now seen in all its smallness.

2. This leads to mourning over your sinfulness. All that depravity, pride and ego are now despised. But this poverty of spirit and mourning is God-produced and does not leave you in hopeless despair.

3. Instead, the Spirit gifts you meekness (which is humility), and you turn to God, you hunger and thirst after righteousness, and because you now feel your inability without God, you also have an acute sense of how much you need Him.

When Jesus said, "Blessed are the meek: for they shall inherit the earth."(Matthew 5:5), He was most likely quoting from Psalm 37.

Read carefully what the Psalmist wrote:

"Fret not thyself because of evildoers, neither be thou envious against the workers of iniquity. For they shall soon be cut down like the grass, and wither as the green herb. Trust in the Lord, and do good, so shalt thou dwell in the land, and verily thou shalt be fed. Delight thyself also in the Lord; and he shall give thee the desires of thine heart. Commit thy way unto the Lord ; trust also in him; and he shall bring it to pass. And he shall bring forth thy righteousness as the light, and thy judgment as the noonday. Rest in the Lord , and wait patiently for him: fret not thyself because of him who prospereth in his way, because of the man who bringeth wicked devices to pass. Cease from anger, and forsake wrath: fret not thyself in any wise to do evil. For evildoers shall be cut off: but those that wait upon the Lord , they shall inherit the earth. For yet a little while, and the wicked shall not be : yea, thou shalt diligently consider his place, and it shall not be . But the meek shall inherit the earth; and shall delight themselves in the abundance of peace, (Psalm 37:1-11).

Here, David depicts the meek person as someone who does not fret against evil doers, but who trusts and calmly waits upon God for vindication.

Meekness in you would look like this: You get cheated on, abused and slandered—but you don't fret. The wicked prosper all around you, they get rich by deceit and crookedness—but you patiently continue your faithful work and trust in God. Their lies about you seem to flourish, their schemes prevail—yet you calmly rest in God. Your character is assassinated, but you don't retaliate, you cease from anger and commit your way to God. You know He will vindicate you in His own good time. While evil men in search of happiness chase wealth, you are satisfied with the little God gives you, because you know you will inherit the earth.

Meekness might make you the target of derision in this world, but it also prepares you for persecution. It shouldn't surprise us when the world persecutes the meek, the poor, those that mourn, the peacemakers, the merciful, the pure in heart—for Jesus told us this would happen. The principles that govern God's children are irritating to the world.

While declaring the Beatitudes, Jesus said, "Blessed are those who are persecuted for righteousness' sake, for theirs is the kingdom of heaven. "Blessed are you when others revile you and persecute you and utter all kinds of evil against you falsely on my account," (Matthew 5:10, 11).

Living the Beatitudes will make the world hate you. But what a world of difference it makes when meekness meets abuse!

Our natural tendency is to retaliate when we think we are attacked. Our ego and pride will spring into defensiveness at the slightest smell of an accusation. And we will defend ourselves bravely, fiercely, and ruthlessly. If we can't help it, there will be casualties. How dare they, right?

Here's where meekness calmly suffers, it patiently waits upon God. Jesus Himself said, "learn of Me, for I am meek and lowly in heart", and He showed us what meekness does while it suffers under abuse (Matthew 11:29). Remember the cross?

"For to this you have been called, because Christ also suffered for you, leaving you an example, so that you might follow in his steps. He committed no sin, neither was deceit found in his mouth. When he was reviled, he did not revile in return; when he suffered, he did not threaten, but continued entrusting himself to him who judges justly," (1 Peter 2:22, 23).

The world hates meekness because it perceives it as a vulnerability. But far from it, meekness is power under control. When Christ could have easily subdued His abusers and made them curse the day they were born, He chose to be silent, to wait upon His Father, and to rest His case upon the righteous judgment of God.

"Whoever is slow to anger is better than the mighty, and he who rules his spirit than he who takes a city, (Proverbs 16:32).

An amazing example of this is also seen when Miriam and Aaron spoke against Moses and worked to undermine his influence.

"And Miriam and Aaron spake against Moses because of the Ethiopian woman whom he had married: for he had married an Ethiopian woman. And they said, Hath the Lord indeed spoken only by Moses? hath he not spoken also by us? And the Lord heard it (Now the man Moses was very meek, above all the men which were upon the face of the earth.) And the Lord spake suddenly unto Moses, and unto Aaron, and unto Miriam, Come out ye three unto the tabernacle of the congregation. And they three came out," (Numbers 12:1-4).

Curiously, verse 3 seems wedged into the narrative out of context. But there is a good reason for verse 3! Instead of saying "Moses defended himself...", it says that "God heard it". Meekness led Moses to trust and wait upon God, to remain silent, and to let God vindicate truth.

Meekness loves the truth and is reasonable

When you possess meekness, you will crave truth and will always ready to be taught of God, no matter whom He uses to teach you.

Meekness is also a property of wisdom:

"Who is wise and understanding among you? By his good conduct let him show his works in the meekness of wisdom," (James 3:13).

It is because meekness is teachable that it forms an attribute of wisdom. Consider what wisdom does in contrast to those who lack it:

"But if you have bitter jealousy and selfish ambition in your hearts, do not boast and be false to the truth. This is not the wisdom that comes down from above, but is earthly, unspiritual, demonic. For where jealousy and selfish ambition exist, there will be disorder and every vile practice. But the wisdom from above is first pure, then peaceable, gentle, open to reason, full of mercy and good fruits, impartial and sincere, (James 3:14-17).

Notice that a lack of meekness will make you be "false to the truth", and it is no wonder as traits such as bitter jealousy, selfish ambition, and boastfulness go hand-in-hand with an aversion to truth.

By contrast, meekness loves truth and is open to reason. James also tells us that meekness is "swift to hear, slow to speak, slow to wrath," (James 1:19).

Who would you rather be having a conversation with? A person who is:

- and does not listen.

Or someone who is:

- Slow to speak (in other words, they hear you out!)

- Open to reason (not just bound to their own opinions, but is liable to truth and is willing to appeal to a source of truth higher than their own judgment)

- Peaceable (does not argue)

No doubt you'd rather be talking to the second person right? But it's important to notice that meekness subjects itself to the truth. You might be very soft-spoken, and quietly state your own opinion when it's your turn to speak, but if you are not willing to become open to reason and to entertain the idea that you might need to admit being wrong in the light of truth, then no matter how gentle, or soft-spoken you are—that is not meekness.

A conversation characterized by meekness can only result in good. Such dialogue is beautiful and productive not only of solid friendships but is constructive and effective for good.

Blessed indeed are the meek. What a wonderful trait of character to be gifted! And praise God that through Him we can develop it. 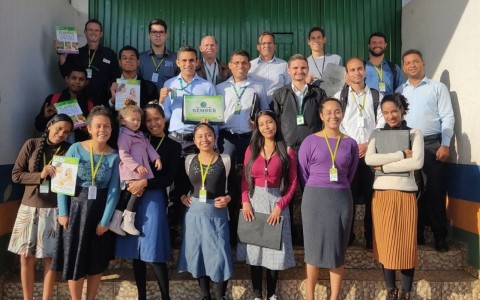 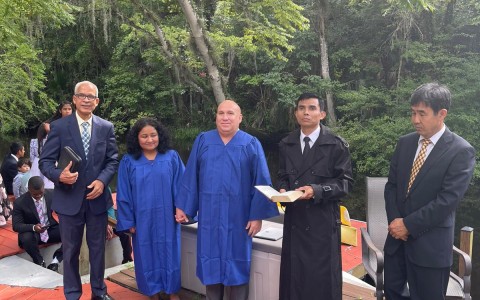 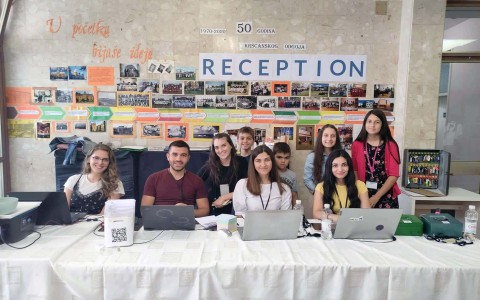 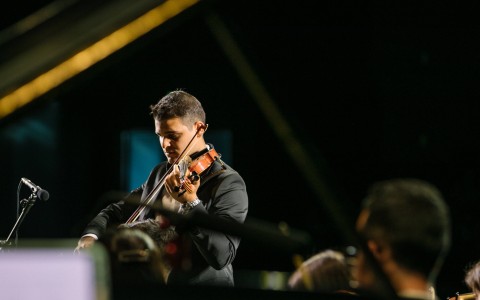 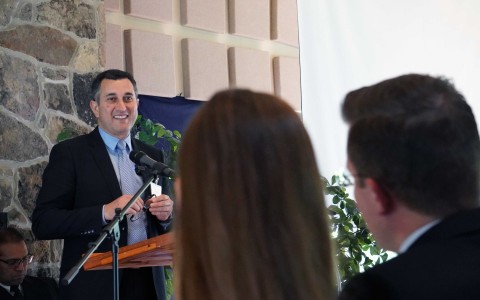