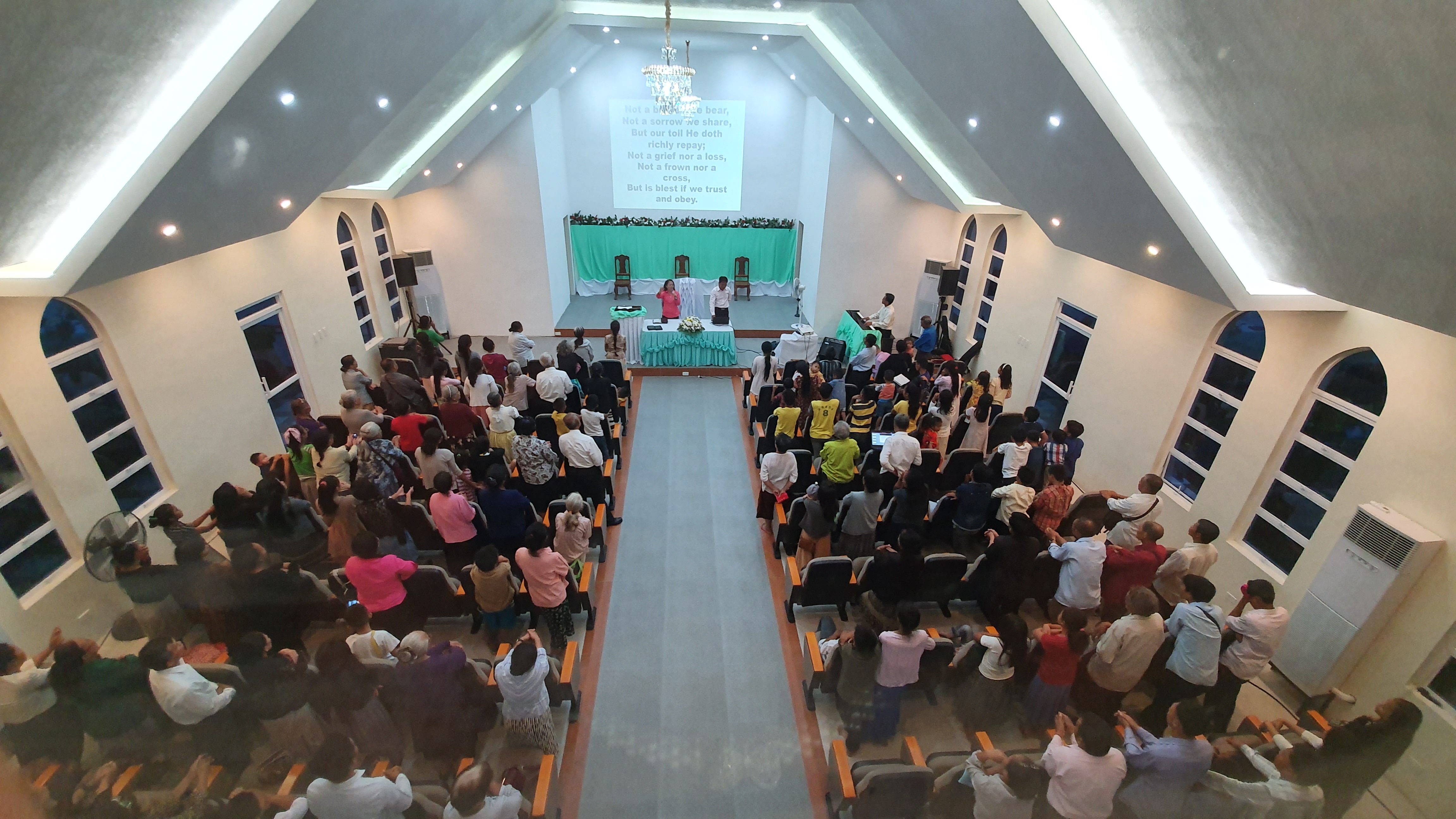 The annual camp meeting of the Visayan Reunion Association (VRA) of the Seventh Day Adventist Reform Movement Visayan Field was held on October 20-26, 2019, at Bacolod City Church, in Bacolod City, Negros Occidental. Brother Nelson Cadena, the VRA President, led the meetings under the theme “The Living Church”. There were 500 attendees present from different provinces of the Visayas, Philippines, including Masbate.

Teachers Eunice Ladaran from Bogo City, Nenen Crisologo from Gabi, and May Joy Uy from Bacolod City taught children, ages 7 and below, with the assistance of some of the mothers present. They used action songs, Bible Stories, and fingerplays to keep the children attentive and learning. Coloring materials together with activity sheets were handed out and used by the children.

Teachers Kiara and Queen Mauren Crisologo from Gabi, Rowena Pedrosa from Bacolod City, and Romelo Novenario from Dumaguete City trained the Juniors on how to nurture their talents to make the church alive.

There were also health checkups, massages, and instruction on natural remedies to be used in healing different diseases led by the PUC Medical Secretary, Brother Manases Dumaguit. The Philippine Union Conference (PUC) President, Brother Samuel Andres and the PUC Medical Secretary, Brother Manases Dumaguit, were present and given extra time to impart their skills and knowledge to the brethren. Selected brethren oversaw cooking food for the attendees.

Every day began with morning worship at 6 am and usually ended with a doctrinal study at 9 pm. Lunchbreak was always at 11:30 am, and the program resumed at 1:30 pm. Intermissions and special items prepared by local churches were also presented during the programs handled by the department secretaries.

Below were the various activities being done, as assigned by the VRA President.

The brethren arrived at the venue. They were fully accommodated by the brethren in Bacolod City Church. Some brethren brought tents to set up on the prepared sites.

After the morning program, Brother Carlos Estrera Sr. led the Music Department program. He gave important lessons in music especially on the fundamentals of music.

In the afternoon, Sister Nilda Chavez, the Welfare Department Secretary was tasked to lead the program. She focused on activities that improve this department with the help of every local church and group. Experiences were shared by brethren from local churches.

In the morning, the Parents and Home Department Secretary, Sister Raquel Empinado, lectured on the duties and responsibilities of every member of the family. She talked about the important roles of the parents in saving the soul of their children and on how to make a little heaven on this earth where we are living.

In the afternoon, Brother Sammy Pedrosa led the Medical Department program. Sister Farland Sindac explained the correct practice of the true observance of health reform. Brother Manases Dumaguit taught ways to use herbs to heal various illnesses. Step by step procedures in preparing the herbal medicine were presented to the brethren.

In the evening, Brother Romelo Novenario, the Education and Media Departments Secretary, gave instructions on the proper usage of technology, microphones, and multimedia presentations. He stressed some disadvantages of the gadgets at hand in continuing to live as a true Christian. He also informed the brethren how easy it is to spread the Gospel through their smartphones by simply distributing articles like pamphlets and posting them on Facebook and other social media sites.

In the afternoon, the encouraging words from the VF Auditor, Sister Lastilie Dionglay and the VF Treasurer, Brother Aldrin Romo moved the hearts of the brethren on the importance of giving not just tithe but also offerings to be used in numerous activities of the church, Mission, and Union. An open forum about this matter was held peacefully and understandingly.

The profession of faith of the 34 candidates for baptism was held in the evening led by the assigned worker in Cebu, Brother Richard Sinadjan.

Next was a comprehensive study from the Bible and the Spirit of Prophecy by our very own PUC President, Brother Samuel Andres. He shared with the brethren that they cannot build a Holy character unless they acknowledge Jesus Christ as their companion in changing their lives. He emphasized that our characters will lead to our destiny in the future.

Thirty-four souls coming from different areas in the Visayan Field surrendered themselves to Jesus, decided to serve the Lord, and accepted the Holy Baptism in Mambukal Resort in Murcia, Negros Occidental. This ceremony was one of the highlights of the annual camp meeting. The baptism was officiated by two ministers and two elders, namely Brother Carlos Estrera Sr., Brother Samuel Andres, Brother Joselito Anobling, and Brother Roger Formentera.

After a thorough series of Bible study with the assigned workers in Negros Occidental, these souls accepted Jesus Christ as their personal Saviour, practiced the Fundamental Christian Beliefs of the Seventh Day Adventist Reform Movement, and pledged to receive the ceremony of Holy Baptism. Brethren from different areas in the Visayan Field witnessed the baptism.

A glimpse of the baptism provided by the SDARM-Visayan Field, Philippines page on Facebook.

May God continue to bless their new Christian lives, empower them with His Holy Spirit, and give them strength to overcome any circumstances that hinder their professed faith until Jesus will come again to claim them as His own.

After this ceremony, an outing was also held at the same venue. In the evening, after a dinner served in the "Boodle Fight" manner, the newly baptized souls were fellowshipped into the church.

The new VRA officers are as follows:

In the afternoon, the brethren prepared to welcome the Sabbath Day.

In the evening, the brethren attended the Vespers Meeting. The speaker was Brother Manases Dumaguit, the PUC Medical Secretary. His sermon was about "The High Destiny of God's Redeemed".  While the Vespers Meeting occurred, the teachers separated the Juniors and the children for their classes.

The Sabbath program was live-streamed on Facebook to make sure that our brethren who did not attend, not just in the Visayan Field but throughout the Philippines, could witness the whole program of our Sabbath worship.

The speaker of the Divine Service was the PUC President, Brother Samuel Andres. He pointed to Jesus Christ as the One who can change us not by our might but by trusting Him completely.

In the afternoon, the brethren from different churches and groups within the Visayan Field prepared special items to present in the Young People’s Program led by Brother Jason Ysula. 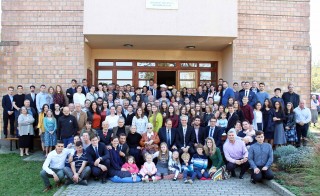 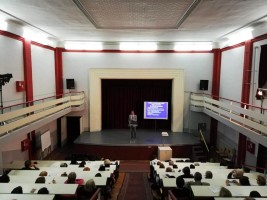 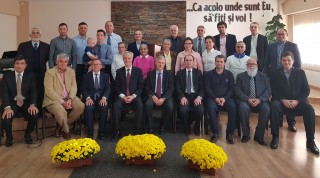 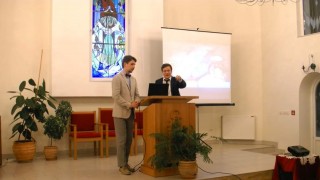 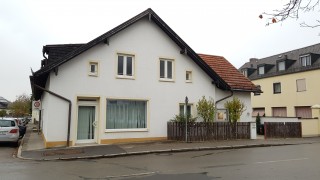 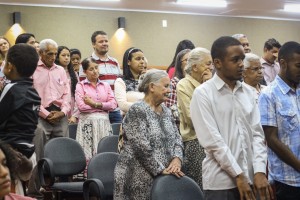